The Life and Times of Pibs

The guy who everybody thought was.

To say that I love snowboarding is an understatement. My winter sport preparation starts not just before winter comes, but as soon as the winter season ends. I clean and repair my snow wear and gear, I save money, I even plan which snow resort to visit next season . But this season, the main objective changed. It changed from wanting to snowboard on every challenging terrain there is and doing all sorts of crazy tricks, to teaching beginners how to snowboard, so that they too may enjoy the sport like I do. You can say that I’m recruiting future snowboarding buddies.

What I love about teaching “snow-noobs” is their reaction when they successfully complete their objective. Be it being able to stand-up on a board, do the reverse falling leaf, or the most popular and most important and most enjoyable maneuver of them all, the S-curves. Some of them shriek, well okay, most of them shriek with excitement. Some of them simply ask me, “What’s next?” It varies from person to person, but the end result, the sense of fulfillment, is the same regardless.

In January, I organized “Goodbye Tina, Goodby @ Winter Wonderland” event. This trip is mostly for beginners, teaching them how to do the basic points in snowboarding like, determining if you’re a regular or a goofy for example. It was a big group. 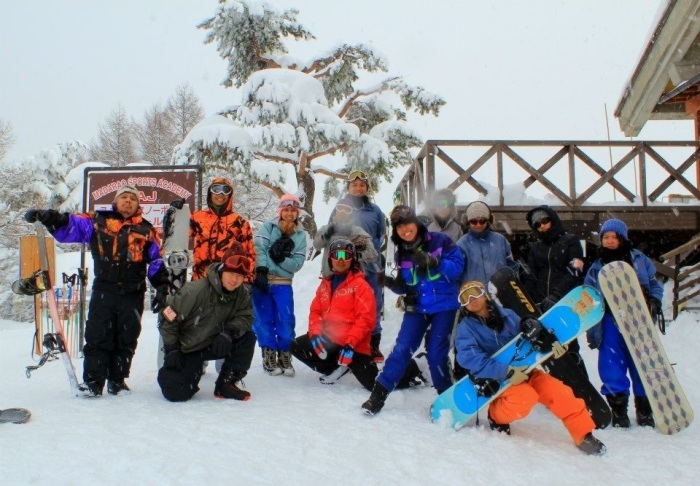 I skipped February completely because it is the most expensive time to snowboard, and not everyone I wanted to go with may join the trip I organize.

Snowboarding picked up again during March with a record breaking 3 Trips in a month. The first one was during the 2nd of March. I went with just 3 of my friends namely Hitoshi, Nobu and Marlo. We drove to Yukidaruma Kogen in Niigata. Well, actually, Hitoshi drove, and the rest of us just kept him company. It was a tiring and unsatisfying trip mainly because it was vomiting snow(blizzard), and the snow condition was just flat out terrible. I did enjoy the ride on the car though, and that was the highlight of that trip.

The second March trip was from the 15th to the 17th of March, and was called “Snowboard Idol”. This time we had participants from Kansai and Singapore. This was a HUGE group, which was mostly similar to the trip back in January, in addition to participants from the other places that I’ve mentioned. I can’t believe I don’t have any photos of that trip except maybe these two. 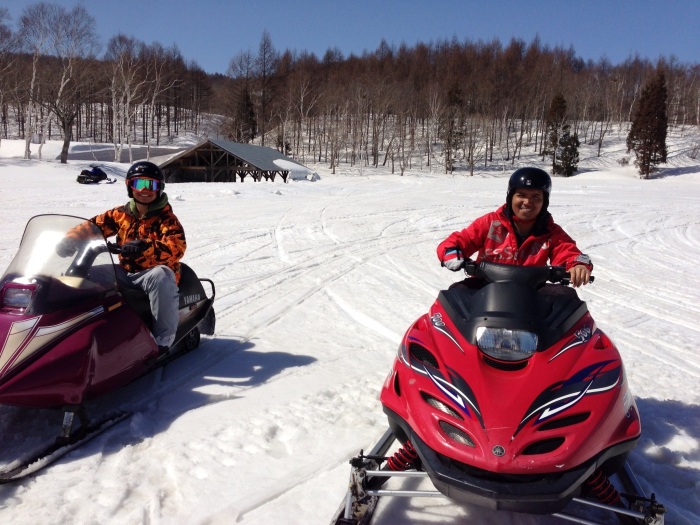 A shot from the best view spot at Madarao Snow Resort

For the last trip, we went to Nozawa Onsen Snow Resort. There were 10 of us on this trip and was called Super Secret Snowboard Event(S-CubE). This is my first time at this resort and I was a little concerned about the terrain and snow conditions. However, I am so happy that it did not only meet my expectations, it surpassed them by a long shot. This is probably one of the best resorts I have been to, ever! Here is a shot of us while unwinding after our first day of snowboarding.

All in all I went snowboarding 6 times this season, which is almost more than twice than the previous season(2012). And the best thing of all is that I did NOT sustain any major injuries this time. I say “major” since I did fall off a cliff during one of the March trips, but was mighty lucky I went away with only bruises to my left leg and knee.

This season is the most significant one for me since I have to say goodbye to a lot of my snowboarding buddies, most specially Aaron and Jeric, who’ll be flying off to a different country by the end of 2013. I’m sad that the shift in my snowboarding priorities this year only allowed me to ride with them just once this season, but at the same time, I’m looking forward to surfing with them this summer. I’ll make up the lost snowboarding time with lots and lots of surfing time. Plus, with my soon to be acquired driver’s license, we can now go places no train has ever gone before.

Thanks winter season 2013. See you again next season.